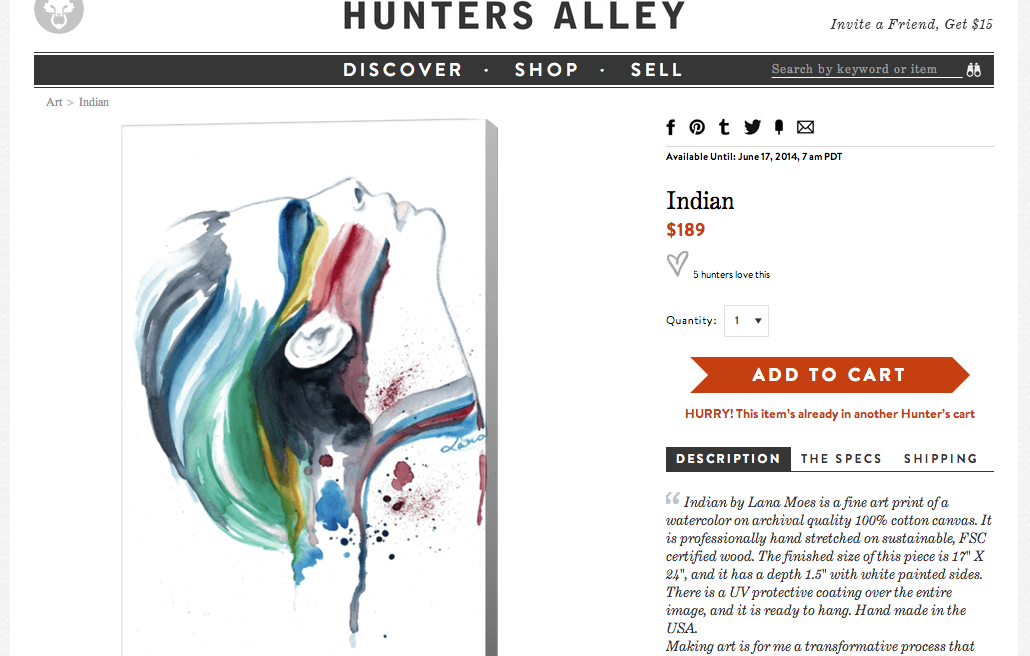 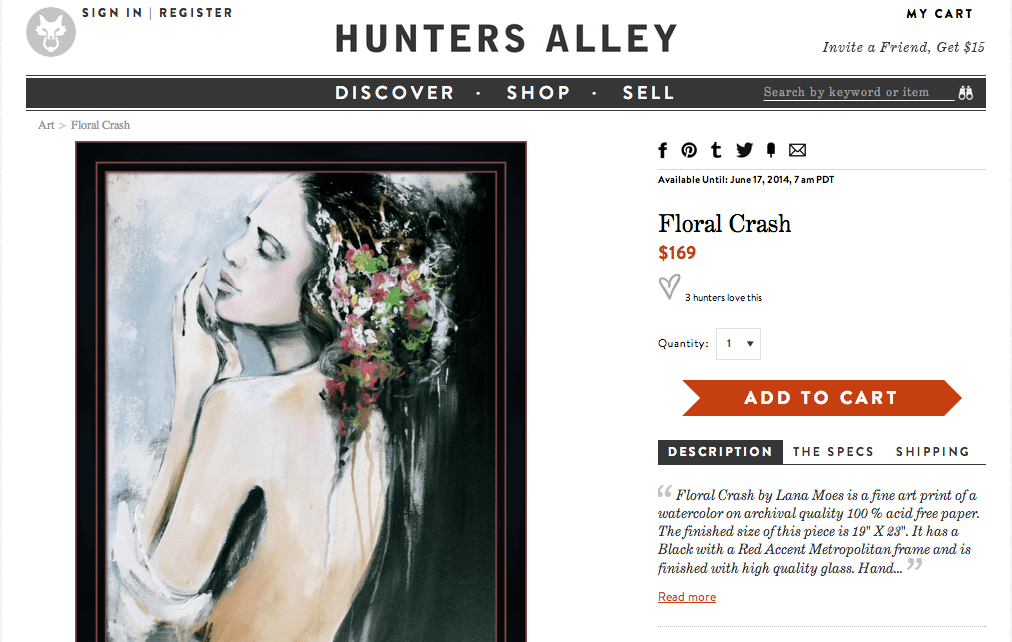 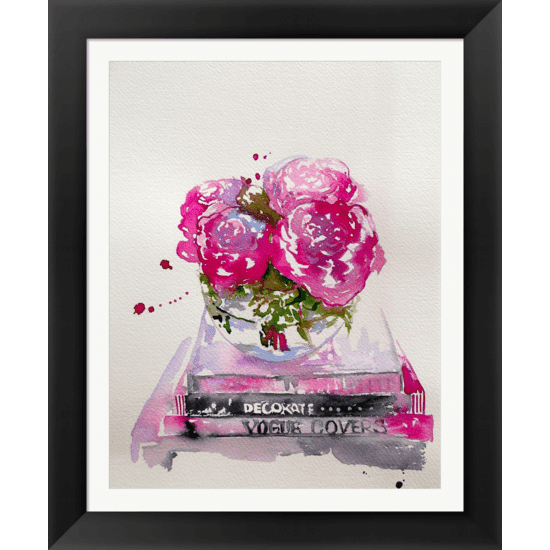 On this lovely Saturday morning, after spending a fantastic week on a Caribbean cruise, I see my art featured and promoted on the wonderful site  of Hunters Alley.

Here is a link for more of my prints and prints on canvas (with a variety of sizes and contemporary frames).

Of course, I'm adding new art originals to my ETSY shop daily!!!!  Let me know what is happening in your world.  I would love to hear from you!  I wish everybody a happy weekend and stay tuned for new posts on my recent cruise to the Bahamas!
xx, Lana

Mother's Day and What it Means to Me


Growing up in Russia my family always tried to make Mother's Day a big celebration not only for my mom, but for every woman in our big extended family.  In Russia we celebrated Woman's Day on 8th March every year and here in US this day on the second weekend in May - which also is my mom birthday this year. ...how coincident :)
So, this is a post for her and my deepest love, appreciation and admiration to this special woman in my life! We have such a special bond - I think it's because we 've been thought so much together over the years. 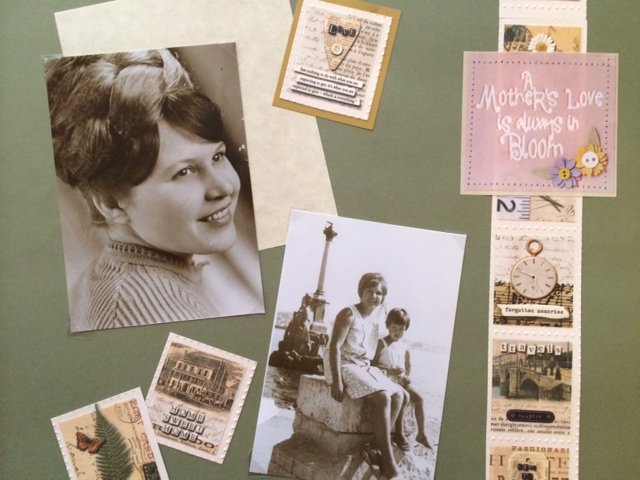 Happy B-Day my first friend, my best friend, and my forever friend!

Regardless if your mom is living or not, celebrate tomorrow! Let the memories flood you with her love and laughter. I'm wishing all the Mommys of the world a very Happy Mother's Day!!!!

xx,
Lana
Posted by LanasArtStudio at 6:17 AM 25 comments:

Today would have been Audrey Hepburn's 85th birthday! So, as a small tribute to my favorite old Hollywood and definatelly my style icon, I would like to dedicate today blog post.

"This year is the 85th anniversary of Audrey Hepburn's birth. When she died in 1993, the media was saturated with her image, as befits the passing of a Hollywood star. Ten years on, though, and Audrey is just as culturally present. She regularly tops polls of 'the world's most stylish woman' or 'the woman we most admire'. Young celebrities, from Darcey Bussell to Martine McCutcheon, cite her as their favorite actress. Just last month, Victoria Beckham admitted she has a virginal shrine at Beckingham Palace devoted to the star.
Hepburn's name is synonymous with a retro fashion for 1950s and 1960s styling, the popularity of lounge music and nightclubs, the pleasures of playing board games while sipping cocktails and dressing up, supper-club style. Her performance as Holly Golightly in Breakfast at Tiffany's (1961) is still the benchmark of youthful glamour (even though the original heroine of Truman Capote's novel was a call girl, and Hepburn was 32 when she played the role).
According to Jo Elvin, editor of Glamour magazine: 'Audrey Hepburn definitely remains a style icon - you only have to look at the spring/summer catwalks. Prada, in particular are showing that Capri/ Roman Holiday look that Audrey launched. She's definitely one of the stars who is periodically referred back to, one of those key women of the twentieth century - like Marilyn Monroe - who launched a style which has endured. Her image is clean-cut, gamine yet feminine, chic. When we do features at Glamour on how to achieve a "timeless" look, we often look back to Audrey.' - via
Audrey Hepburn is my definitive style icon. When I can’t decide what to wear going out,  I think “What Would Audrey Wear?” Audrey’s look is classic, simple and chic.  A crisp shirt and a pair of cropped trousers are a bit of a "go to" for me.
More great articles here and here and my favorite quotes to inspire, share and celebrate!
Have a lovely weekend and happy week to all!
xx, Lana

Posted by LanasArtStudio at 7:55 AM 24 comments:

The Emotional series of "Paris for Two" is growing ….. In the underbrush there are so many colors that I can see, that I must explore them with new series of watercolor paintings! 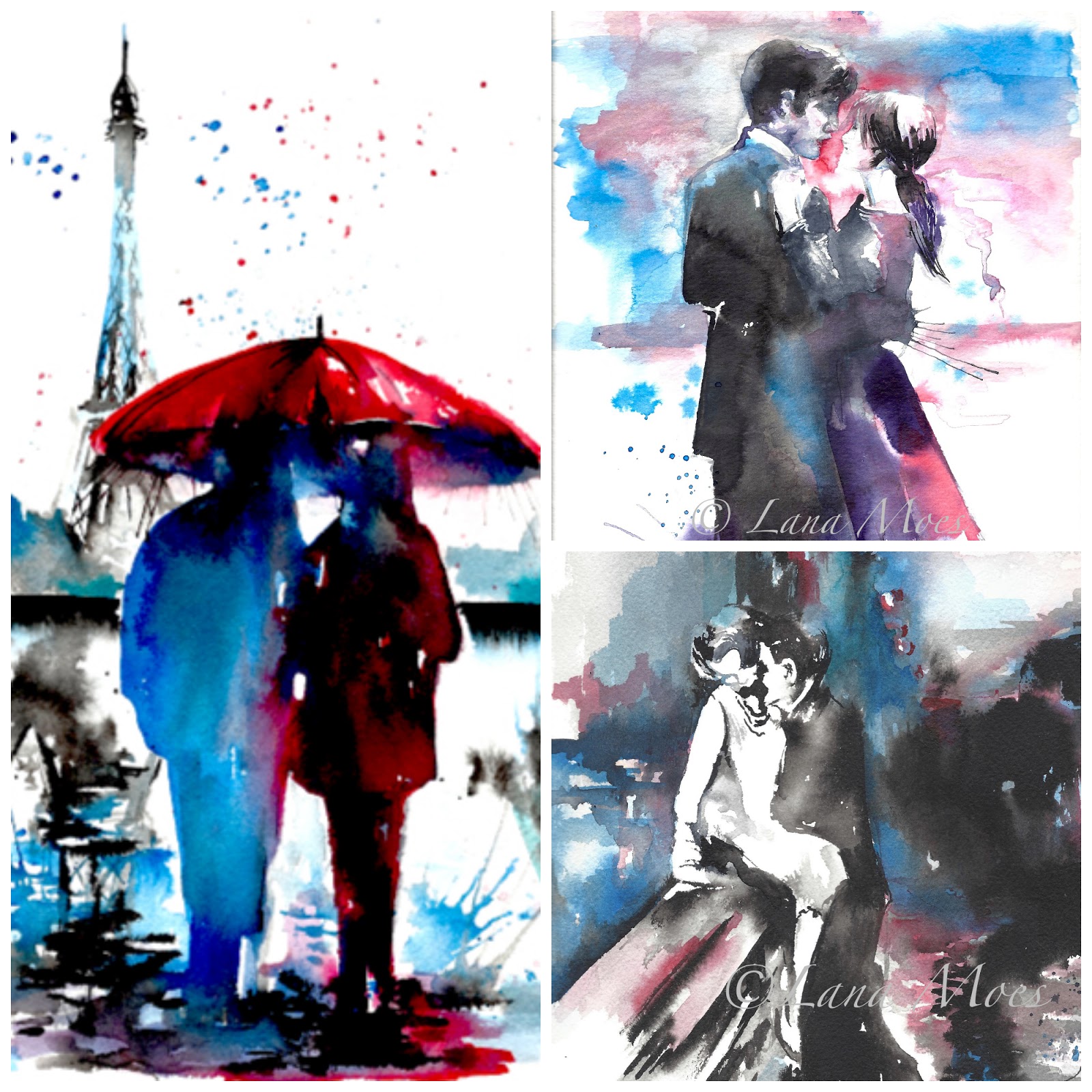 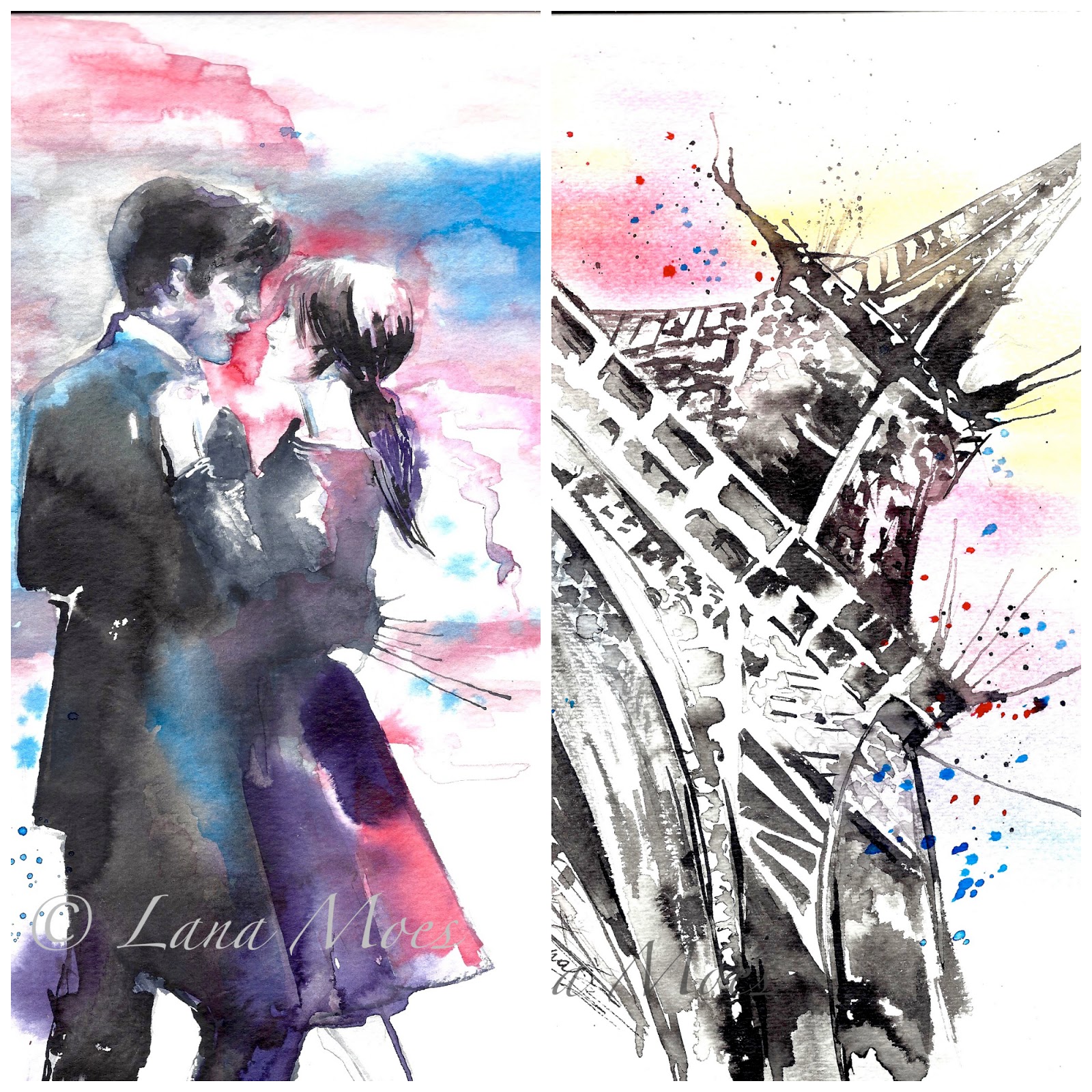 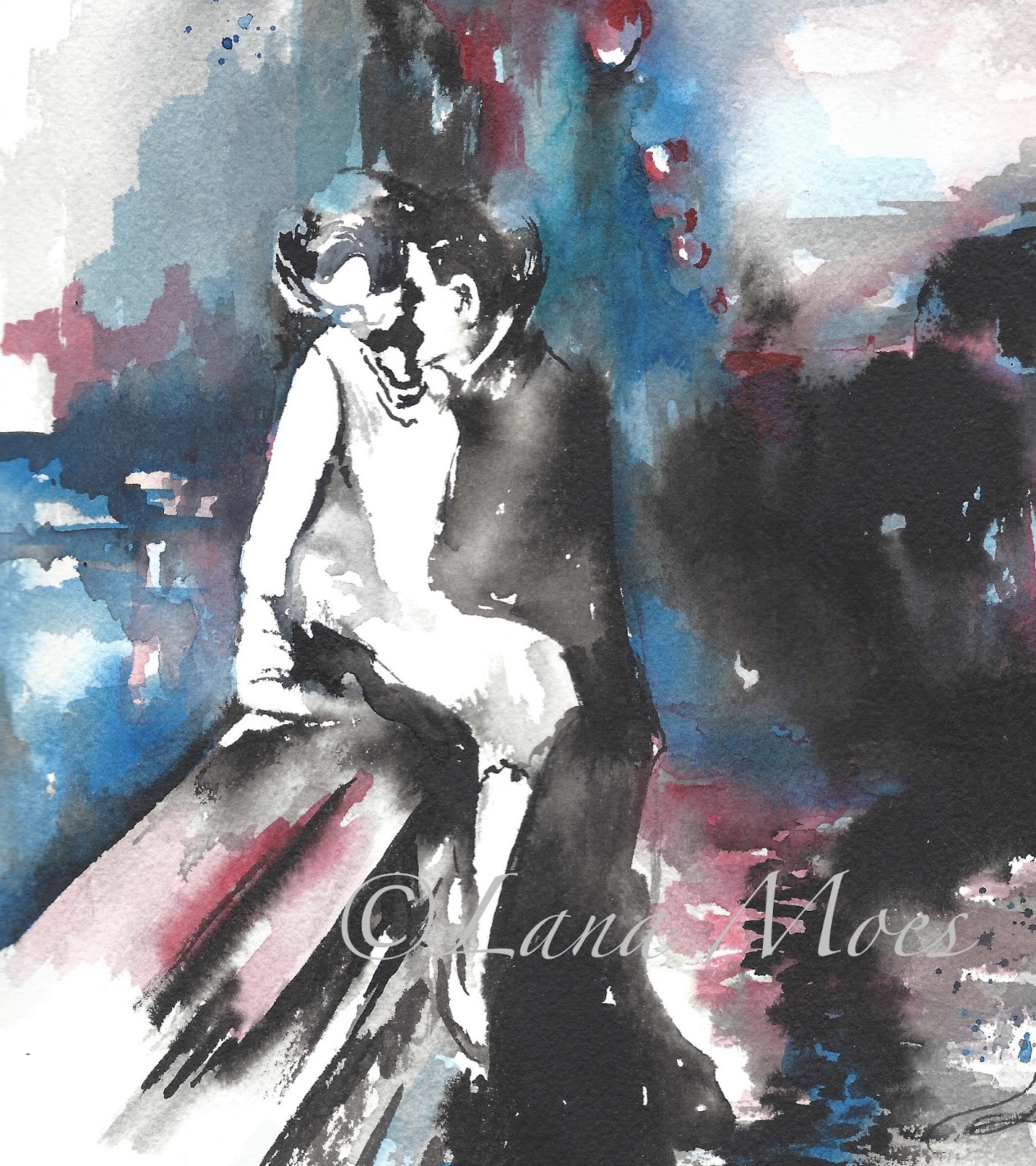 They are always different and new to me, like the colors of the soul of a person. Even of who is next to us every day: they show themselves little by little, if only we have the patience to really look... The nature and the soul are a great palette to discover! Here is my discovery continues…. What do you think?

Many Best Wishes to All and Happy May!
xx, Lana 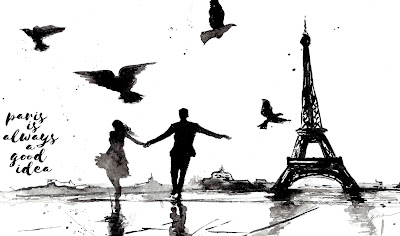 Posted by LanasArtStudio at 1:35 PM 16 comments: